Every time we go to the Farmer’s Market these days we’re blown away by the abundance of fresh fruit (the delicious heirloom tomatoes! the juicy plums! sweet-like-sugar cherries!). But that’s not all that’s in season in the United States: Many of our favorite flowers burst into bloom during the late spring and early summer months, and while some stick around through fall, not all do, so in The Flowry spirit of floral seasonality, get ‘em while you can! Let’s take a look at the summer floral forecast, and why it’s best to appreciate nature’s course.
Here’s an example of why sourcing flowers locally is important: Roses and carnations are two of the most popular flowers on a global level. They are the flowers most likely to be gifted during various American holidays–which is why they’ve been bred to withstand air travel and be flown in from countries with different growing seasons; (where they are mass-produced using less than sustainable methods). In actuality, their domestic bloom season is limited: The carnation flowering period begins in May and lasts about eight weeks. Roses also start blooming in May, and last about six-to-eight weeks, then go fully dormant in the fall. A dozen roses for Valentine’s Day in February? That’s a pretty serious carbon footprint.
June and July are really peak season for U.S. flower growers. Lilies, hydrangeas, snapdragons, lisianthus, zinnias, and daisies are at full bloom, and generally speaking, these summer buds shine on from May until fall. (For a cheatsheet to growing zones, consult The Old Farmer’s Almanac guide here.)
That’s not to say that all American flowers only bloom in the summer: Depending on the climate, pansies (aka violas), winter jasmine, and hellebore are just a few of the annuals that thrive during the cooler months. But if you really want to support local, sustainably-grown, in-season flowers, consult our Bloomlist to shop responsibly. Enjoy the summer harvest! 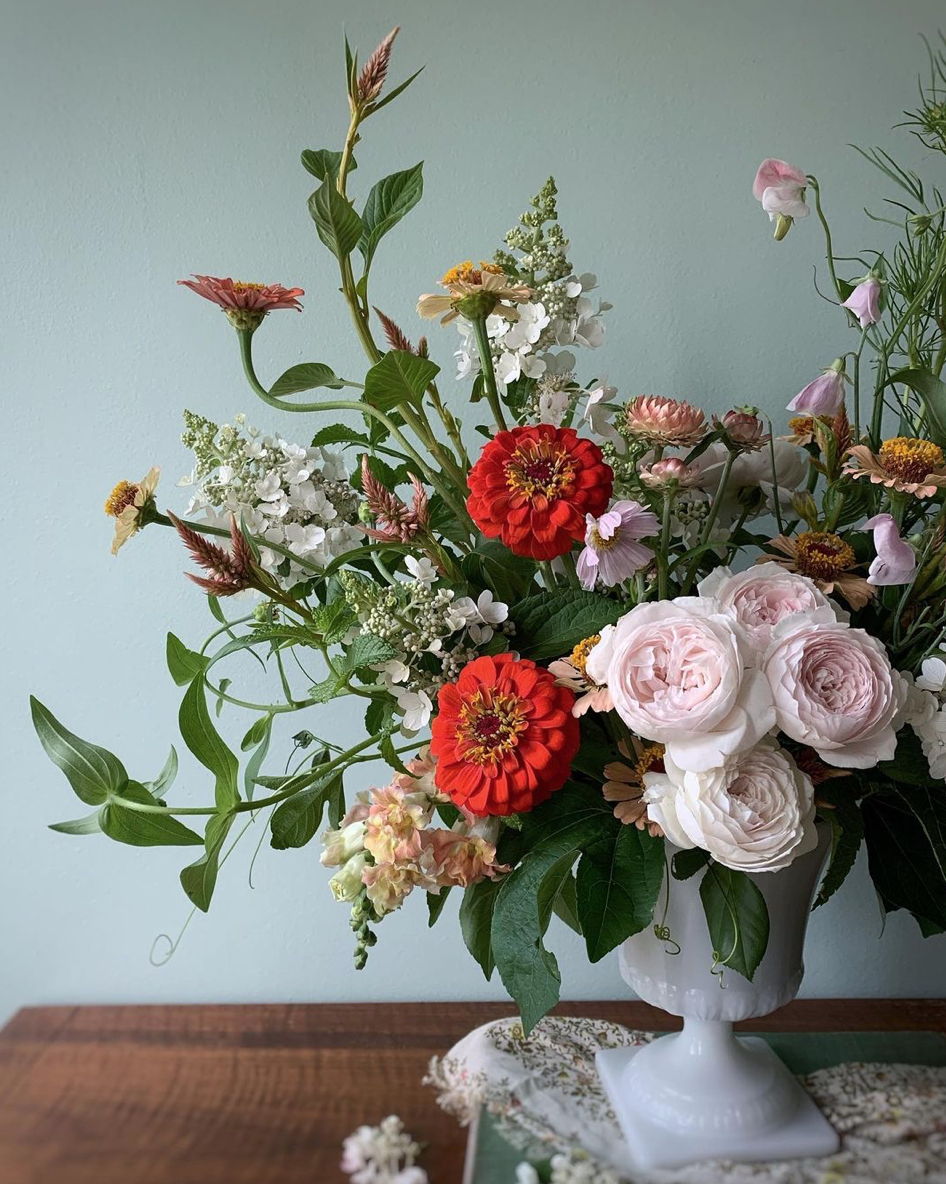 THE FLOWRY celebrates floral craftsmanship in all forms. We discover fresh, seasonal, locally-grown blooms that are delivered to your door, and curate flower-inspired finds in fashion, home decor, art, gifts, and more. In short, we speak flowry language.